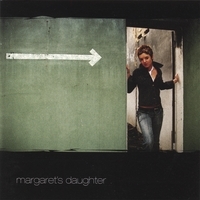 With a little bit of knowledge and a lot of passion this album was recorded in drips and drabs over a period of two years in Etienne’s "home studio" (read: spare bedroom connected to his PC). Between the two of them, they wrote and produced all the songs and even played all the instruments.

These "professional demo recordings" became the basis of the Margaret's Daughter sound and some songs were later re-recorded in a "proper studio" with additional session musicians and a co-producer. These new versions can be found on Black Hole Express.

Fans are still very fond of these early recordings, and some songs have even been play-listed on South African national radio stations. Therefore, they decided to keep this CD available for digital download, so new fans can discover where their journey started.

Save this product for later
Display prices in: ZAR